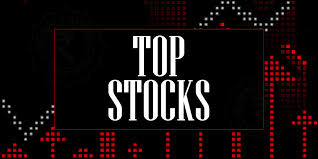 Reliance Industries to merge media, distribution entities under Network18 Media & Investments.
Vodafone Idea decided to pay DOT a portion of the dues calculated based on AGR aggregating to a sum of Rs2,500cr on Feb. 17 and Rs1,000cr before the end of the week.
Tata Teleservices and Tata Teleservices (Maharashtra) Ltd. made a payment of Rs2,197cr to DOT towards license fees and spectrum usage charges.
JSW Energy has signed a share purchase agreement to acquire a 100% stake in GMR Kamalaganga Energy for an enterprise value of Rs5,321cr. The target company owns a 1,050-megawatt power plant in Odisha.
JSW Steel declared preferred bidder for three Odisha iron ore mines, whose combined iron ore resources stand at 1,092 million tonnes.
Finolex Industries said that due to force majeure declared by company’s major vinyl chloride monomer supplier during March 2020, the operations of the company with respect to its VCM to polyvinyl chloride route will be affected for 30 to 35 days. This would result in a shortage of PVC production of approximately 15,000 MT.
KPI Global Infra received a letter of intent for an order to execute a solar power project of 900 KW capacity from JPB Fibers.
NIIT Technologies has set March 12 as the record date for the share buyback.
Future Lifestyle Fashions to consider raising funds on Feb. 20.
Any More Update Click here & Register Now

Get In Touch For Quick Solution?